Coconut milk is the liquid in the colour of white , which is obtained by manually or by mechanical extraction from comminuted coconut meat with or without adding water. Coconut milk is a common ingredient in many tropical cuisines, and It may be consumed raw by itself, or used as a milk substitute in tea, coffee.

We are the manufacturer of the coconut milk processing machineries from Dehusking Machine.

Coconut milk is rich in proteins such as albumin, globulin, prolamin and glutein. Emulsifying agents help in increasing dispersibility and stability of food emulsions; examples of such are phospholipids, cephalin and lecithin which have been found in coconut milk. 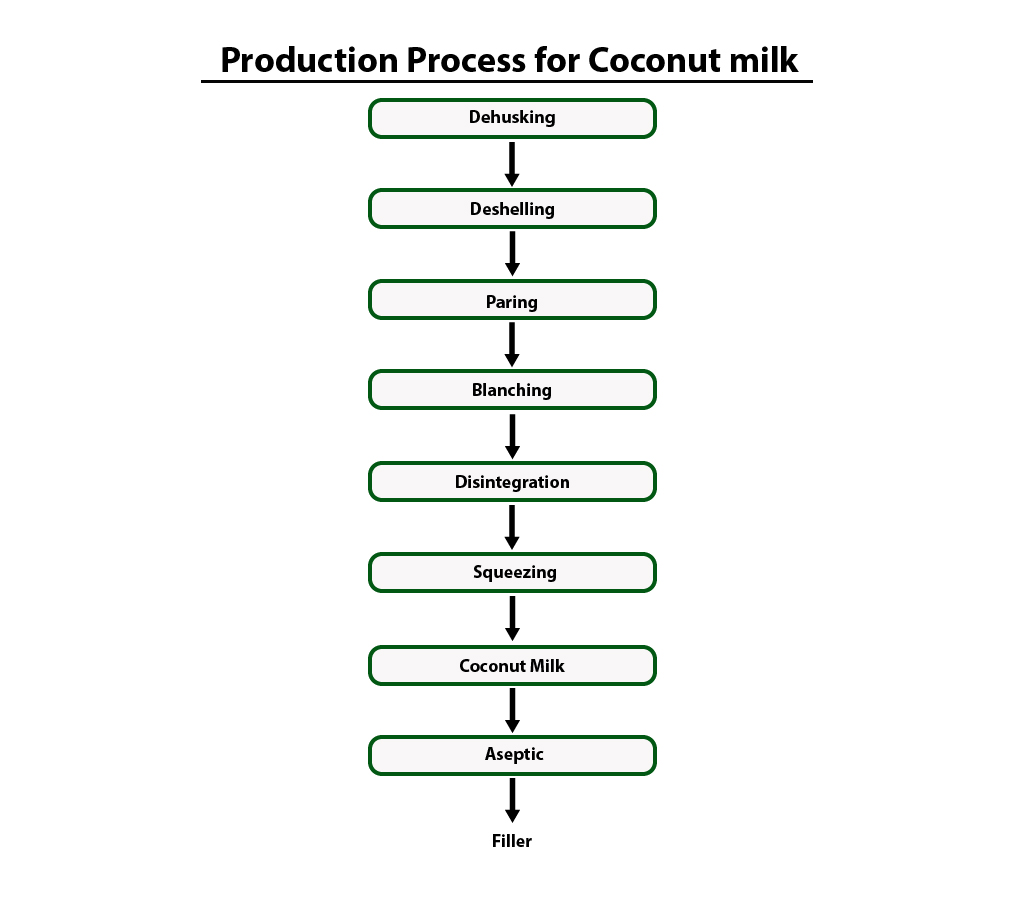 The composition of coconut milk depends on the amount of water used for the extraction, affecting significantly moisture and fat content. Freshly extracted coconut milk has a pH of 6. Coconut milk also has several nutritional advantages and serves as a superior source of several essential nutrients. Coconut milk serves as a much richer source of niacin, also called vitamin B-3, than regular milk. Dairy milk contains lactose, a type of sugar that is difficult for many people to digest. Niacin along with other B-complex vitamins helps in metabolizing the nutrients in food.

It is also a rich source of Iron and Copper. Furthermore, coconut milk is lower in sugar than dairy milk, which is beneficial to limit carbohydrates in diet. Coconut milk has tremendous importance especially in Ayurvedic traditional medicinal purposes. It is generally used to maintain the electrolyte balance and to rule out dehydration losses. Also, it is used for treatment of ulcers in the mouth. Some recent studies have suggested that coconut milk has anti-microbial properties in the gastrointestinal tract, hyperlipidemic balancing qualities and useful for topical applications.